We’ll send you a myFT Daily Digest email rounding up the latest Currencies news every morning.

The US dollar on Thursday traded at its strongest level in a year against major currencies as traders banked on persistent inflation driving the Federal Reserve closer to its first pandemic-era interest rate rise.

The dollar index, which measures the US currency against six others including the euro and sterling, hit its highest level since September 28 2020, following days of choppy trading after central bank officials signalled the end of ultra-supportive monetary policies.

Headline inflation in the US is running at about a 13-year high after economies reopened from last year’s shutdowns, creating supply chain bottlenecks.

The Fed last week raised its inflation forecasts and indicated that it would reduce its $120bn a month of bond purchases that have boosted lending and spending during the pandemic. The US central bank said half its monetary policymakers now expected an interest rate rise next year.

Fed chair Jay Powell, who for much of this year characterised price pressures as transitory, on Wednesday warned that “frustrating” inflationary pressures would persist.

“We are seeing persistent and broad-based inflation in the US and Europe,” said Tatjana Greil Castro, co-head of public markets at bond investor Muzinich.

Powell has now “prepared the market” for the Fed to reduce its bond purchases from November, which “leaves open the possibility of the first rate hike being delivered during the second half of next year”, said Lee Hardman, currency analyst at MUFG Bank.

The yield on the benchmark 10-year US Treasury note, which informs the valuations investors are willing to pay for higher-risk equities, was flat at 1.52 per cent on Thursday but has climbed from about 1.3 per cent just over a week ago.

“It will easily reach 2 per cent, if not a little bit higher” by the end of the year, Greil Castro said, as investors adjusted the income returns they sought from the fixed-interest securities in line with bets on interest rates and inflation.

US stock markets, which endured their worst day of losses since May on Tuesday, were on track to finish September in the red. The S&P 500 index was down 0.5 per cent in mid-afternoon trading in New York, down 4.1 per cent for the month and heading for its first monthly loss since January.

The technology-heavy Nasdaq Composite rose 0.2 per cent, taking its monthly performance to a 4.7 per cent loss. 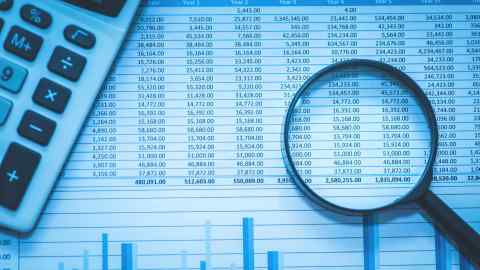 Europe’s Stoxx 600 index market ended September 3.4 per cent lower, after falling 0.1 per cent on Thursday, although some investors said they remained optimistic.

“We’re staying in the buy-the-dip camp,” said Marija Veitmane, equity strategist at State Street Global Markets, referring to the practice of topping up on shares of strong companies during periods of stock market volatility.

Companies in the US and Europe, having benefited from cheap money during the pandemic, were now “awash with cash”, and able to invest in their businesses, which was “exciting for long-term profitability”, Veitmane said.

Shaniel Ramjee, senior investment manager at Pictet, said rising bond yields would “push a rotation in the market” that favoured stocks in the banking and energy sectors whose dividend yields were high enough to remain attractive compared to Treasuries.

Brent crude, the international oil benchmark, was down 0.2 per cent at $78.52 a barrel after breaching the $80 mark for the first time in almost three years earlier this week.

Robert Armstrong dissects the most important market trends and discusses how Wall Street’s best minds respond to them. Sign up here to get the newsletter sent straight to your inbox every weekday

My two-year, 26-country journey to the frontlines of the climate…