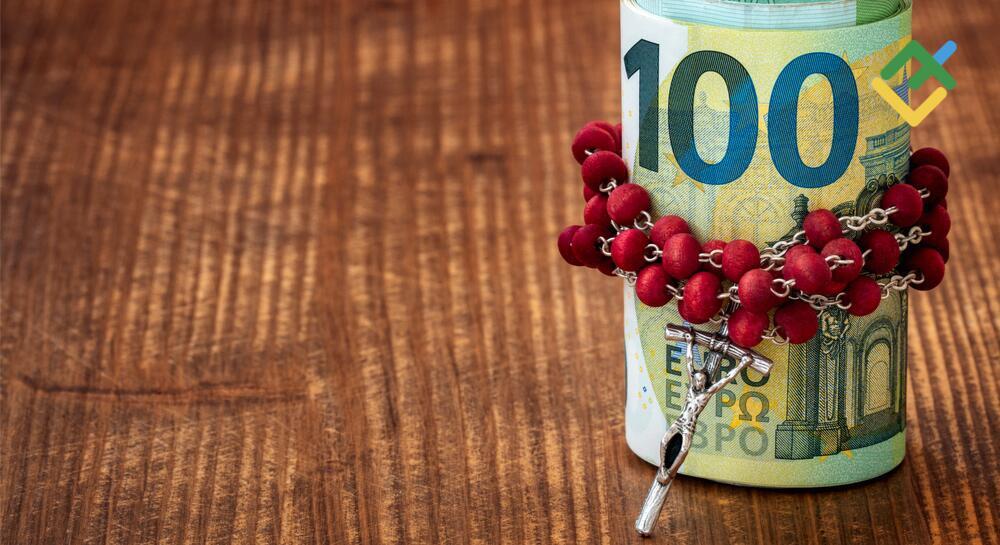 The euro was rising in late August amid Jerome Powell’s comments and expectations of the surge in the euro-area inflation. Investors were buying the news, and now, they are selling the facts. What’s next? Let us discuss the Forex outlook and make up a EURUSD trading plan.

Can you read between the lines? Professional traders, driving the markets, can. The EURUSD bulls were excited about the surge in the euro-area inflation to 3% in August, hawkish comments of the ECB officials, and the associated rally of the European bond yields. However, traders saw a discrepancy in the speech of the Governing Council member Robert Holzmann. This has triggered the euro sales. As a result, the “sell the fact” principle has worked out, which I suggested in the earlier materials.

In August, consumer prices in the euro area jumped to 3%, exceeding the forecast of all 37 Bloomberg experts and reaching the highest level since November 2011. In 2011, the ECB raised interest rates, which provoked serious negative consequences for the region’s economy. Currently, only 4 out of 19 countries in the currency bloc have inflation below 2%. There were 16 of them in March.

As a rule, the rise in consumer prices reflects the strength of the economic recovery. The fact that inflation in the United States is still higher than in Europe proves that the US growth is recovering faster. The US GDP reached its pre-pandemic level in the second quarter, while the euro-area growth is still 3% lower than it was at the end of 2019. The Fed’s willingness to scale back the $120-billion QE program even amid the Delta spread suggests that the US central bank is confident in the strength of the US economic recovery.

The strong report on the euro-area inflation has also supported to the ECB officials, who argue that they should start discussing a slowdown of pandemic bond buying at the September meeting to quit the program by March 2022, as it is expected. I’d like to stress that it is not about unwinding the monetary stimulus, as in the case of the Federal Reserve, but a rational allocation of resources so that the ECB will not have to cut the emergency purchases of assets almost by half at the beginning of next year. The governors of the central banks of France, the Netherlands, and Austria, François Villeroy de Galhau, Klaas Knot, and Robert Holzmann spoke about  the need to make adjustments. The latter noted that the ECB’s regular asset purchase programme (APP) does not need same kind of flexibility as the PEPP.

This means that the regular QE won’t be as flexible as the ECB’s pandemic emergency purchase programme. The ECB is likely to boost the APP and maintain its ultra-easy monetary policy for a long time. Forecasts for low inflation in 2022 and 2023 suggest that the ECB will not raise interest rates until at least 2024.

The ECB tone contrasts with the Fed’s willingness to raise the federal funds rate already next year. The growth gap and divergence in the monetary policies suggest the EURUSD downtrend is stable. Therefore, I recommend selling the pair on the breakouts of the support levels of 1.179 and 1.177. However, the US jobs report could introduce some changes to the outlined scenario.

AUD/USD clings to modest daily gains below 0.7350 ahead of US data

Boeing: I Was Wrong About BA’s Earnings